“A picture paints a thousand words”. A well-known phrase. Undoubtedly true, but a single word can be critical. Change a single word and the meaning of a sentence, a paragraph, maybe a whole book or more could be altered. So what about IBM MQ Light? Is it MQ, but Light? And what does Light mean in this case?

We see the description ‘Light’ every day. Some product advertises itself as “Light – all the flavour, half the fat”. You know the sort of thing. So does it apply to IBM MQ Light? How does this new product compare to IBM MQ itself?
Well, I would say that maybe the best way to think of it, is not IBM MQ but “Light”, but rather IBM MQ for those “Lightbulb” moments, such as when Archimedes shouted “EUREKA!”.

IBM MQ after all already delivers the benefits of messaging to millions of applications running in tens of thousands of businesses around the world. I have described some of those benefits on these pages already. It does this primarily for enterprise critical applications, written in C, Java or even COBOL, dealing with Systems of Record. These applications handle business critical transactions, moving key customer and enterprise data between applications systems and services. And it makes a lot of sense to ensure these applications, and the associated data can benefit from IBM MQ’s reliability, robustness, security and scalability. After all if you are moving and updating business transactions, you want to scale, be secure, and be highly available.
However, there are many millions more applications that don’t face the same requirements, but yet are still critically important to the business. Maybe the app helps the business interact with customers with more immediacy. Maybe it shares information more widely with partners. Maybe it is building brand awareness or promoting the business across different platforms and devices. These type of apps are written by a different type of developer, using different languages, for very different purposes to the more traditional application that works with the systems of record. These are unlikely to be updating business critical information systems or processing transactions, although they will need to interact with existing systems. So maybe they don’t need everything that IBM MQ has to offer. But does that mean they don’t need anything that IBM MQ has to offer?
Messaging as provided by IBM MQ, does after all benefit program architecture and operation. Applications can be simpler. Applications producing and consuming data at different rates can be easily buffered. And aspects of security can be built in. Along of course with the ability to connect and exchange data across different systems, even if one application is down.
If messaging can bring all these benefits, why would the programmers of all applications not use it, when there is a widespread and well proven technology like IBM MQ? We have already called out many of the reasons. The developers are a different set of people, with different skills, and code in languages that IBM MQ doesn’t natively support. And IBM MQ is designed around the needs of those critical business transactions. That doesn’t mean that it can’t handle simpler needs, but if you are not familiar with using IBM MQ, there can seem to be a lot more options in the API to deal with than maybe are needed for a different, more straightforward use case. So why not produce a messaging product, which takes everything from IBM MQ that would be useful to this new set of developers, but presents it to them with a simpler API, more in line with the restricted needs of the type of applications they are producing. This is what IBM has done with IBM MQ Light.
IBM MQ Light is a new and different messaging product from IBM. It aims to bring the benefits of messaging to a new set of developers building the latest applications for a rapidly changing world.
The goals of MQ Light are as follows:
• Provide messaging that application developers will love to use.
• Help applications be responsive and scale to meet demand.
• Make it easy to get access to the code and to start to use it – simply download, unzip, use.
• Run on premise or on Bluemix in the cloud.
• Offer simple, open APIs in a mix of popular scripting languages.
• A new breed of tooling to ensure developers know what is happening to their messages.
You can see by these goals, this is something new. And also MQ Light is not trying to be an alternative to IBM MQ. It is very different. It focuses on the needs of the new developers. And in keeping simple, it means that it doesn’t provide some of the key characteristics of IBM MQ. There is no clustering, no high availability, and no transaction support. If your application is likely to need those functions, then the right choice should be IBM MQ. If however your application doesn’t need any of those, but it still could benefit from messaging, allowing it to buffer and scale workload, respond to events, schedule actions or queue responses, then MQ Light may be a good match for them and their developers.
For development use, MQ Light is of course free to download, and is available on Windows and Linux for x86 or Mac OS X. Once applications are developed and ready to be put in production, they can be run on premise in the MQ Light runtime (payable per Install), or deployed using MQ Light in Bluemix (payable per Message). And in the future, as mentioned in the IBM MQ V8 announcement letter, there will be the ability to run MQ Light applications in IBM MQ itself.
All in all, enough to make a lightbulb go off in anyone’s head. If it is going on in yours – check out the MQ Light webcast to learn more. Or even better download it today and be using it in a few minutes. 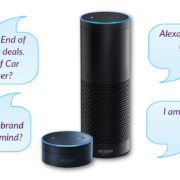 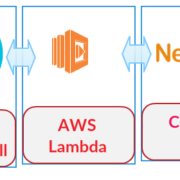 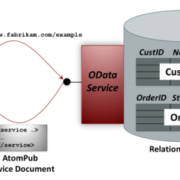 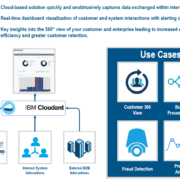